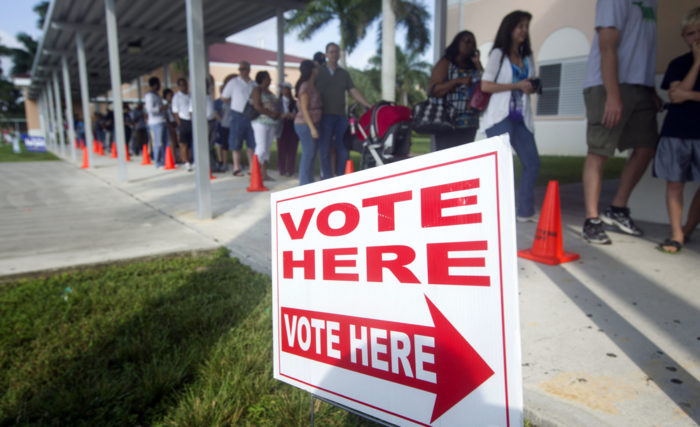 The highest court in Pennsylvania ruled that the districts our statehouse has drawn for our Congressional representatives in Congress are unconstitutional. Republican leadership in Harrisburg wants to stack the deck so Democratic voters and people of color don’t count. Congress has immense power over the resources that come to our communities, and the policies that hurt or help our families every day. Here’s why you need to take action for you and your neighbors.

In 2011, Republicans in Harrisburg drew maps to advantage their Republican friends in Congress. The Republicans used a number of tricks – called gerrymandering – to keep the state red, even though the majority of PA voters are Democrats. The maps divide up communities of color to dilute their vote, by either segregating people of color in just a few districts, or splitting communities up into unrecognizable pieces. This means many of our districts look like Rorschach blots. PA’s 7th Congressional district is a good example:

The PA Supreme Court gave state Republicans a chance to fix the maps. The maps Republican PA Speaker of the House Mike Turzai and PA State Senate President Joe Scarnati drew still aim to discount Democratic voters. Their map splits areas with high numbers of Democrats across districts and exclude from Republican strongholds places where people of color and women leaders could emerge to take office.

Here’s the line between the 1st District that covers much of Philadelphia and the 7th District reaching into Delaware, Chester and Montgomery Counties. Notice anything? The district cuts out the Philly suburbs in Delaware, so high numbers of people of color are not in the 7th. A district like this from Turzai and Scarnati is no surprise after Delaware County Council picked up it’s first Democratic reps in history and Delaware County Democrats now outnumber Republicans by 16,525 voters.

The new districts continue to split Montgomery County voters across 4 congressional districts, cutting up the county’s growing communities of color into districts that stop representatives who are people of color.

Up in the the Lehigh Valley, shifting the 15th District borders into Carbon County pack in even more Republicans registered voters into the district in an attempt to hold power in a rapidly diversifying area.

When it comes to funding our schools, prioritizing investment in communities rather than investment in prisons, and protecting our environment these maps help state and congressional Republicans win elections even though the majority of voters want otherwise.

Make sure you and your neighbor’s vote count.